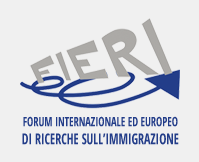 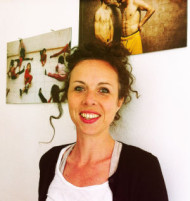 Is senior researcher at FIERI. She holds a PhD in Sociology from the University of Milan and a Masters’ degree in Management and Development obtained at the International Training Center of the ILO of Turin. Her main research interests are on labour migration and migrants’ labour market integration in destination countries; migrants’ entrepreneurship and the economic transnational linkages with the home country. She recently participated to a research held by the Laboratory of Fundamental Rights (Turin) on the access to health of migrants and she was in charge of the focus on migrant workers’ occupational health. 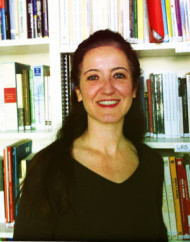 Holds a PhD in sociology from the University of Milan. She has worked at the International Training Centre of the ILO in Turin in 2008/2009 and  since 2010 she is a junior researcher at FIERI. She has participated in a number of national and international research projects on immigration in Italy and Europe. Her main fields of research are labour migration governance, migrant care labour and welfare regimes, labour market integration patterns and policies, international cooperation for migration management. 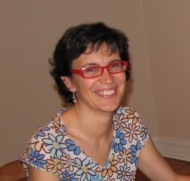 Is senior researcher of LABORatorio R. Revelli – Centre For Employment Studies – at Collegio Carlo Alberto (Turin, Italy) and senior adviser of FIERI. Since 2011 she is also part of IOM Independent Network of Labour Migration and Integration Experts (LINET).
She has been involved in several migration related projects, dealing with labour migration and assimilation. Her works on migration have been published on different books, national and international journals such as McGill-Queen’s University Press, Oxford Review of Economic Policy, International Labour Review, Labour, Mondi Migranti.
She holds a university degree in Economics from the University of Turin and a master degree in Economics from Coripe Piemonte. 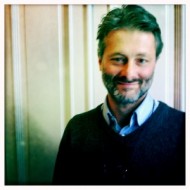 (PhD, European University Institute, 1996) is the Director of FIERI (International and European Forum for Migration Research,www.fieri.it) since May 2009. He has previously been Deputy Director of the international relations and European studies think-tank CeSPI (Centre for International Policy Studies, Rome) and a post-doctoral fellow at the University of Firenze. Besides research, he has worked as an adviser on migration policy issues for Italian institutions (among which the National Council of Economy and Labour and the Schengen Parliamentary Committee) and international organisations (among which IOM and ILO). His current research activities focus on the governance of labour migration and mobility in Europe and on the impact of the economic crisis on migration and integration processes. 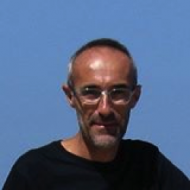 Is a Senior Researcher at the Institute for social and economic research of Piedmont (IRES) in Turin. He has a BA (laurea) in Philosophy from the University of Turin (1981), and a doctorate (dottorato di ricerca) in Sociology (1987). He has been professor of Methodology of social research, (University of Turin, 2003), and professor of Urban sociology (Polytechnic of Turin, 2000-2002). Research interests: Social aspects of immigrations. Migration policy, with a specific attention to the local dimension. Ethnic and racial discrimination with a special focus on labor discrimination. 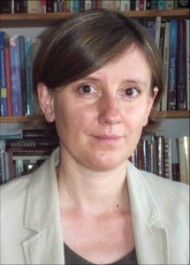 Is ‘Ramón y Cajal’ Research Fellow at the Universidad Complutense de Madrid and Research Associate at the Fundación Ortega Marañón (Madrid). She holds a Ph.D. in Political Science from the University of Münster (Germany). Her research interests cover the areas of migration control policies, irregular migration, and the socio-economic integration of immigrants. She participated in the international project LabMigGov on the governance of labour migration in Europe with support from the “Europe and Global Challenges” Programme. Recent publications include: Finotelli, C. 2014. In the Name of Human Capital: The International Recruitment of Physicians in Germany and Spain, Comparative Migration Studies, 2(4): 493-517; Finotelli, C. (with H. Cebolla). 2015. Is There a North-South Divide in Integration Outcomes? A Comparison of the integration outcomes of Immigrants in Southern and Northern Europe. European Journal of Population, 31: 77-102.

Is an Experienced Researcher at the Complutense University of Madrid. She is graduated in Sociology (UCM, 1998) specialized in Social Research Methodology. She holds the following postgraduate degrees: Master in Participatory Research and Local Development (UCM, 1999), Master in Participation and Community Development (EHU, 2014), Specialist in Applied Social Research and Data Analysis (CIS, 2011), and Specialist in Praxis of Sociology of Consumption (UCM, 2005). She has previously been a regular collaborator with Colectivo Ioé (an independent social research team) and she has worked as a researcher for public institutions and social initiative groups. She is co-author of the Social Barometer of Spain (CIP-Ecosocial, 2008) and she has published on migration, gender and integration policies in Europe. Among her most recent works, “Social Nexus between Irregular Migration, the Informal Economy and Political Control” for IRREMIG project (UCM, 2013). 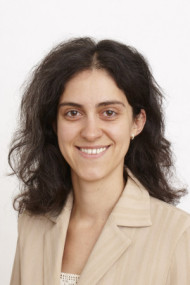 Is researcher in the area of migration and integration at the Hamburg Institute of International Economics (HWWI). Since 2007 she has collaborated in several research projects on migration and specialized in the fields of intra-EU mobility, labour migration, migration and integration policies and irregular migration. Ms. Kovacheva is also a PhD candidate in political science at the University in Münster and conducts her doctoral research on integration of EU citizens in Germany exploring the case of Bulgarian migrants. She holds a scholarship of the ZEIT-Stiftung Ebelin und Gerd Bucerius in the Ph.D. program “Settling into Motion”. Previously, she obtained a bachelor degree in International Relations at the University of National and World Economy in Sofia (Bulgaria), and a master degree in European Studies at Europa-Kolleg Hamburg and the University in Hamburg (Germany).

Is researcher at the Hamburg Institute of International Economics (HWWI) in the area of migration and integration. Her main interests lay on migration & development, labour migration and related policies as well as diaspora organizations and transnational networks. She also works as freelancing consultant in the field of international development cooperation with experience in projects on sustainable public procurement, fair trade and migration. She holds a diploma in cultural sciences (University of Saarland/ University of Helsinki) and is trained in International Project Management at the Association for Sustainable Development (GNE, Witzenhausen). 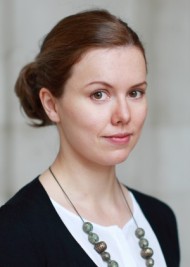 Is Assistant Professor in the Department of Sociology. She obtained her PhD in political and social sciences from the European University Institute (EUI), Florence in 2010. She teaches political sociology, economic sociology, race, ethnicity and identity and European societies at TCD. She has carried out research on immigration, welfare and labour market policies. She is a principal investigator in the European Commission funded WORK-INT project, which evaluates the workplace integration of non-European citizens in a selection of European cities and a principal investigator in the NORFACE funded HEALTHDOX project which analyses health system reform in various European states. Significant publications include: (2014) “Government Responses to Foreign Worker Demand During Economic Crises The Cases of Britain and France 2008-2013” Comparative Migration Studies, 2, (4): p445 – 467; (2013) “Ireland” in, editor(s)Ruby Gropas and Anna Triandafyllidou, European Immigration A Sourcebook, Aldershot: Ashgate; (2012) “The Rosarno Revolt: towards political mobilization for immigrants?” Chapter 9 in Much Ado About Nothing? Italian Politics Volume 26 edited by Elisabetta Gualmini and Eleonora Pasotti, New York: Berghahn Books; (2011) “Varieties of Capitalism, Variation in Labour Migration” Journal of Ethnic and Migration Studies 37(4): 579-97; and (2010) “The migrant worker factor in labour market policy reform” European Journal of Industrial Relations, 16 (3): 259-77. 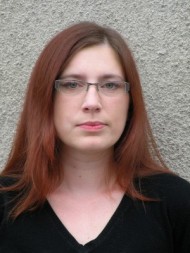 Currently works as a Postdoctoral Research Fellow on the European Commission-funded project ‘Assessing and enhancing migrant workers’ integration in workplaces (WORK-INT, 2014-15)’. She previously worked as Postdoctoral Research Fellow on the IRC-funded research project ‘Learning from Poland’ (2012-13) and research assistant on the Migrant Careers and Aspirations Project, one of six projects within the Trinity Immigration Initiative. Alicja has a PhD in Sociology from TCD, an MA in Sociology and an MA in Migration and Ethnic Studies from the Jagiellonian University in Krakow. Her recent publications include (forthcoming, 2012) ‘Polish Migration to Ireland: ‘Free Movers’ in the New European Mobility Space’, Journal of Ethnic and Migration Studies (with T. Krings, E. Moriarty and J. Salamonska) and (2009) ‘Working in the Goldrush: Polish migrants’ careers and the Irish hospitality sector’ in M. Holohan and S. Bolton (eds.) Work Matters: Critical Reflections on Contemporary Work. London: Palgrave (with J. Wickham, E. Moriarty and J. Salamonska). 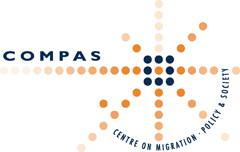 Is a Senior Researcher at the Centre on Migration, Policy and Society (COMPAS), University of Oxford. Her academic background is as a quantitative and qualitative Sociologist. She has a doctorate from the University of Oxford on the experiences of women of African-Caribbean origin in Oxford, and since then she has been lecturing and researching on issues around gender, ‘race’, ethnicity, and socio-economic circumstances of migrants and minority ethnic groups in the UK. She has a long standing interest in the area of health relating to migrants and ethnic minorities in the UK and beyond, and also in the integration of migrants in UK society, including labour migrants and family and marriage migrants. Her involvement in the Work-Int project combines these research interests. In addition, at present she is involved in research on human rights in health, focusing on the health protection of Sri Lankan women migrating for domestic work to West Asia.

Is a research assistant on the Work-Int project based at COMPAS in Oxford. She has a MSc in Global Migration from University College London and an MA in Social Anthropology from National University of Ireland, Maynooth. Helen has previously conducted research in Luxembourg, looking at linguistic integration and language politics, and with the Latin American community in London. Her research interests include integration in different spheres, access to citizenship and dual/multiple citizenships. Helen previously worked at Amnesty International in Brussels and in the Integration and Faith Division at the Department for Communities and Local Government in London. 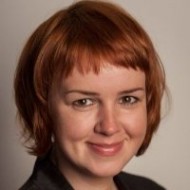 Anna Platonova guides the work of the International Organization for Migration (IOM) in the EU, Norway and Switzerland on labour migration, integration and migration and development being based at the IOM’s Regional Office in Brussels. From 2009 to 2011, she was in charge of the IOM Independent Network of Labour Migration and Integration Experts (LINET), and published a number of comparative studies on various aspects of migration policy development and immigrant integration in the labour market. Before joining the IOM, she has worked for over five years on migration and freedom of movement issues at the Office for Democratic Institutions and Human Rights of the Organization for Security and Co-operation in Europe (OSCE ODIHR). She was also working on the European integration issues in the public administration in her native Latvia before its accession to the EU. 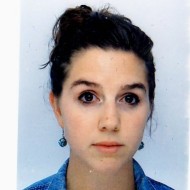 Eva Pons supports the work of the International Organization for Migration (IOM) in the EU, Norway and Switzerland in core areas of migration management including labour migration and integration. Prior to joining the IOM, she worked for an NGO empowering victims of human trafficking in Denmark. She holds a Master’s Degree in International Relations from Sciences Po Bordeaux in France.